Skip the menu of subheadings on this page.
Working Group 6 July Interim Report; Annexe B

View as PDF(Opens in a new window)

Skip the menu of subheadings on this page.

The overall aim of this project is to review the implications for food safety from decarbonisation measures implemented within the food system. Food producers, processors and manufacturers may implement adaptations as part of moving the UK to a net zero carbon economy. These measures could have positive or negative effects for food safety.

This report presents the findings from an online survey which sought to canvas expert opinion regarding the UK’s transition to a net zero carbon economy over the next decade.

31 experts responded to the survey. The majority were from academia (9) and the manufacturing sector (7). 10% were from the farming sector (3). The other 12 participants included representatives from: Policy, “RTO”, Industrial R&D (Food and Life Sciences), Consultancy, Innovation broker, Science services business, Trade associations, Retail, Public body supporting farming, Charity, Research Council, and veterinary sciences. For the purposes of seeing trends between the respondent groups, respondents have been categorised as “Academia”, “Manufacturing”, “Farming”, including veterinary science, and “Other” which includes the rest of the list stated above.

The survey responses reflect the diversity of sectors represented by participants. Most answers were open-ended and so were manually reviewed to ensure nuances were captured. Categories were identified based on themes connected to that category. For example, hydrogen fuel and biofuel were themes categorised as “energy”. The categories and associated mechanisms generated from respondents’ answers are detailed in the tables found in the Appendices (Appendix 1-8). The main themes (topics which were mentioned the most times by respondents) are discussed in the Results section of this report.

All respondent groups agreed that changes to achieve net zero are already being implemented within their sector (Appendix 1). Most respondents noted that these changes are also being implemented in farming methods, particularly regenerative and precision farming. The Academia group saw this mainly in the areas of soil health and animal husbandry. Farmer respondents described how changes primarily related to alterations in crop management, such as reducing the amount or type of fertilisers or pesticides used and improving productivity on the farm. The Farmer group also listed some risks as a consequence of crop production inputs changing. These were in environmental hygiene from using less biocides, product contamination due to a reduction in herbicides and the removal of food safety steps including product washing (Appendix 4).

The Academia and Manufacturing groups also perceived activity with respect to waste management and packaging. Examples provided were either in the reduction of both waste and packaging or changing packaging materials. The main packaging change expected was a move from plastic to bio-based materials. One Manufacturer suggested this change may increase emissions as the use of plastic packaging has benefits in terms of product protection journeying through the supply chain (Appendix 1). Other respondents suggested that implementation was focussed on encouraging consumer diet changes and providing alternative protein sources for both food and animal feed.

Changes associated with green energy remained a key theme, with respondents describing trials underway that have the potential for mainstream roll out in the next decade. Respondents saw key interest in the areas of replacing fossil fuels with renewable sources such as solar and wind, hydrogen, electrification of the supply chain and improved energy efficiency especially in refrigeration. Furthermore, the Other group stated that developments in urban/vertical farming using Light Emitting Diodes (LEDs) are already in development. It is important to note that concern was raised by the Manufacturer group that some of these changes could result in higher costs. This was in specific reference to the rising cost of energy including short-term Opex price rises and in electricity in general (Appendix 5).

The main sources respondents suggest the FSA review for net zero information were academic and scientific literature, industry publications, and published material from government departments/initiatives such as the United Nations (UN) and United Kingdom Research and Innovation (UKRI) (Appendix 6). There was a general suggestion that industry publications, with specific reference to Agriculture and Horticulture Development Board (AHDB), could also be useful sources of information.

Stakeholders at the forefront of net zero

The responses to questions connected with who is developing, exploring and implementing actions towards net zero were less varied. 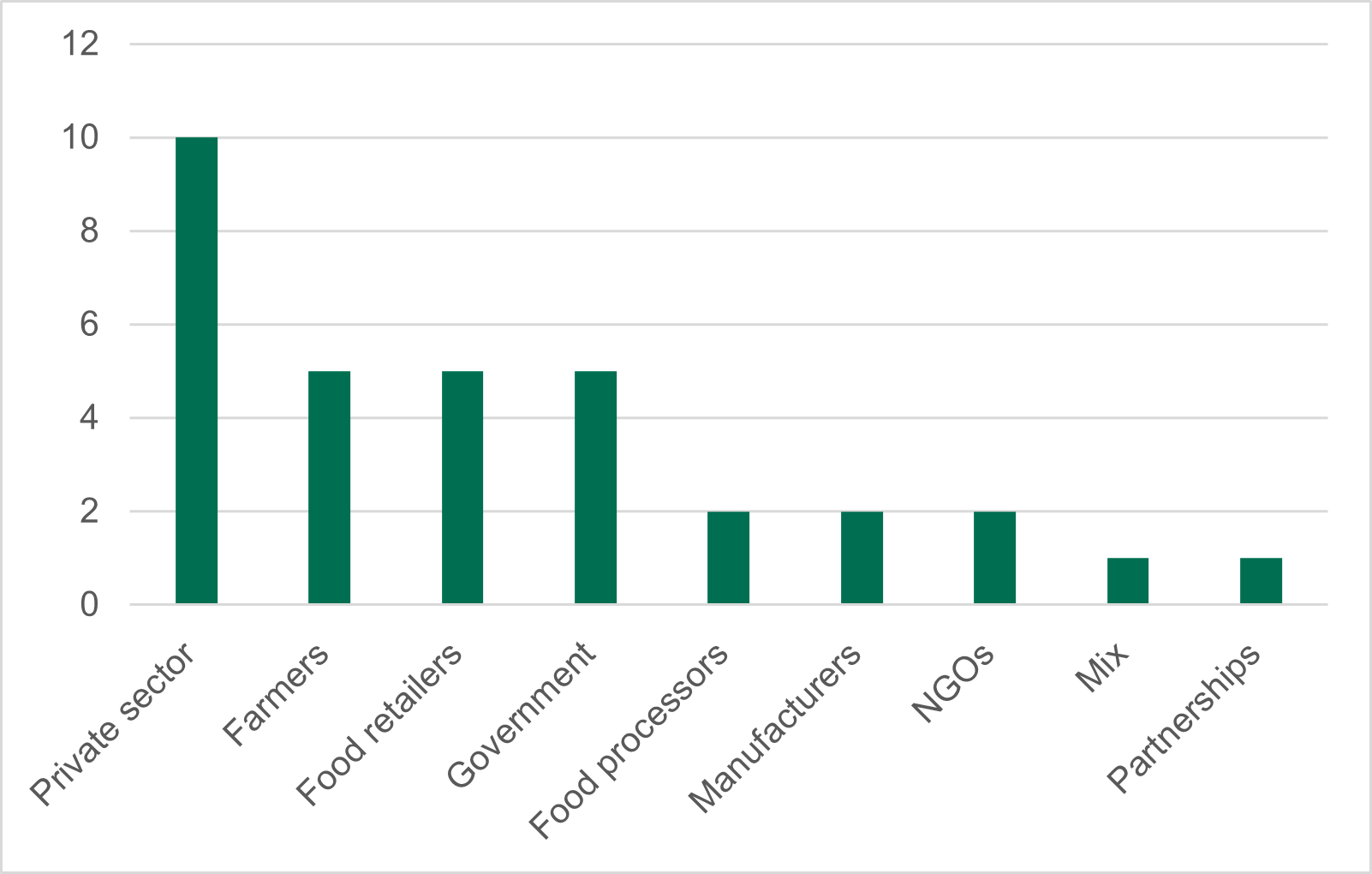 Figure 1: Who is making changes already in roll out / implementation?

The private sector from start-ups to Fortune 500 companies was seen as leading the way in implementing actions towards net zero (Figure 1). Although food retailers are also private companies, this sector was given a separate category as it was explicitly mentioned five times. 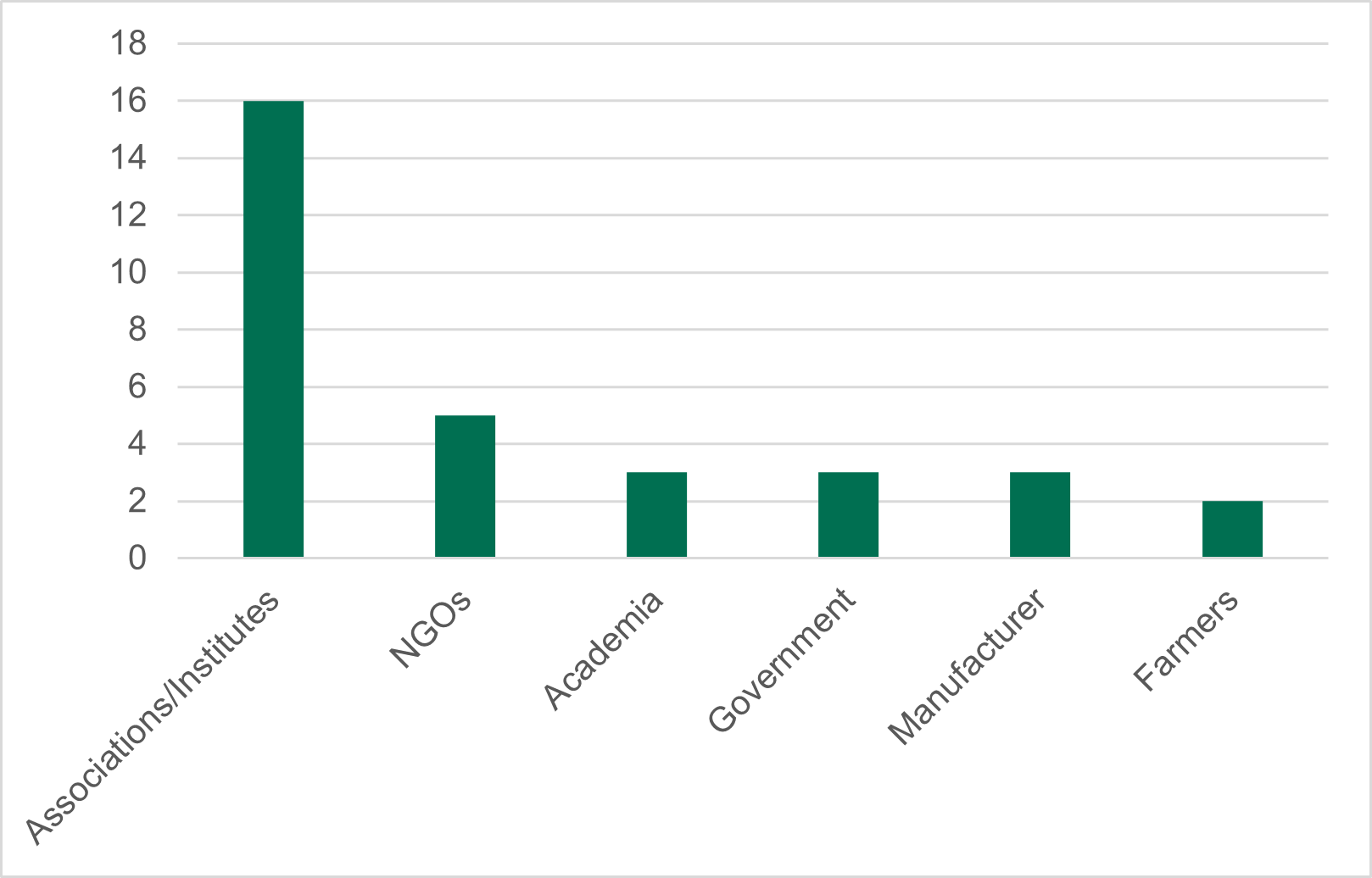 Associations and institutes were listed by most respondents as having the potential to develop future ideas (Figure 2). This included organisations such as The Waste and Resources Action Programme (WRAP, (3x)), the Agriculture and Horticulture Development Board (AHDB, (2x)) and The Institute of Grocery Distribution (IGD, (2x)).

Figure 3: Who is exploring other net zero developments?

There were mixed responses to the question of who is exploring other net zero developments. Answers were spread evenly between academia, sectoral bodies (such as Business in the Community and the Carbon Trust) and Government (Figure 3). The full list of suggestions for further information is included in Appendix 9.

A consistent theme across respondents was the potential for green energy to be a driver of change towards net zero. The main changes already being implemented were in the areas of renewable energy and the use of electric from renewable sources across the supply chain. Respondents also expected further developments in these areas. Alterations to farming practices was another common theme.

However, there was high variability between respondent groups as well as within the category as to the precise mechanisms for change. Farmers expect to see more change in farming methods, particularly in regenerative and precision farming (for both crop inputs and animal feed). Whereas, Manufacturers and the Other group, saw further developments in packaging and reducing waste. Associations, institutes, and industry were seen by all respondents as being at the forefront of developing initiatives and as key sources of information.

Is this page useful?