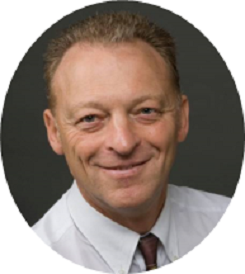 Professor Borriello is a microbiology graduate and Fellow of University College London. His career history includes appointment as Head of a Medical Research Council Unit, working on pathogenicity of bacterial infections; founding Director of the Institute of Infections and Immunity, University of Nottingham; and was appointed in October 1995 Director of the Public Health Laboratory Service Central Public Health Laboratory, which was the National Centre for Reference Microbiology.

From 2003 to 2008 he was an Executive Director of the Health Protection Agency (HPA) in his capacity as Director of the Specialist and Reference Microbiology Division, and then Director of the new HPA Centre for Infections, which added the National Communicable Diseases Surveillance Centre to the portfolio of responsibilities.  This included responsibility for national AMR surveillance.  He was also Chief Scientist for the HPA and authored their first five-year research strategy. His penultimate post was as Chief Executive of the Veterinary Laboratories Agency, and his last post was the Chief Executive of the Veterinary Medicines Directorate and senior Civil servant.  He was on the European Heads of Medicines Agencies Management Board, and chaired their task-force on antimicrobial resistance. He was also chair of the AMR one health sub-group of the Global Health Security Agenda AMR Action Package. He had UK responsibility for AMR surveillance of animals and for animal antibiotic use, sat on the Government High Level Steering Group for the national AMR strategy, and remains a member of the Hong Kong Government Expert Committee on AMR.

His basic science research has led to over 300 publications. He has been chair of a number of international and national learned societies and committees, on the editorial board of six scientific journals, and was Editor-in-Chief of the Journal of Medical Microbiology.  He was the first chair of the World Health Organisation Laboratory Twinning Programme, in support of improvements to help compliance with the new International Health Regulations, and was the first Chair of Med-Vet-Net (a consortium of European animal and human health Institutes co-ordinating improved zoonoses research and responses).

Is this page useful?